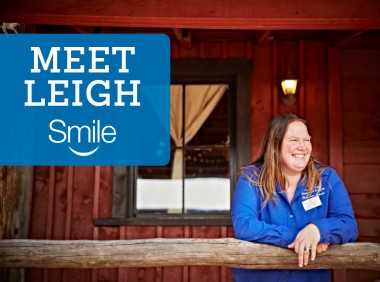 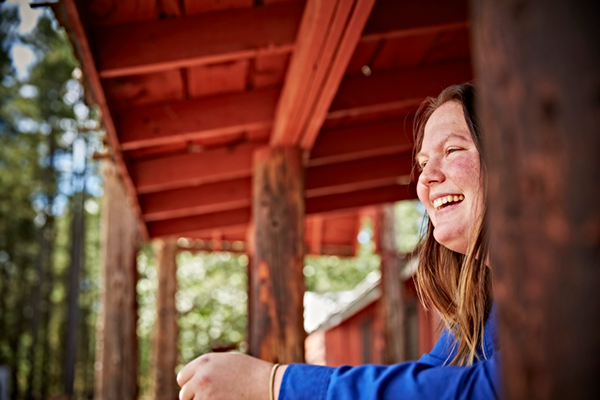 Hard work are the walls of any successful business, but hard workers are its foundation and without them Forever Resorts wouldn’t be able to stand as the amazing company that it is today. That is why we want to shine our Smile Spotlight for the month of October on one of our most dedicated employees, Leigh Gold, our Food and Beverage Manager at Mormon Lake Lodge in Northern Arizona.

At Mormon Lake Lodge, Leigh handles a number of duties around the property including everything that has to do with the Pizzeria, banquets, and any major events that need catering assistance. Leigh has come a long way to get to her current role after she began working at Mormon Lake Lodge in 2007.

Raised in the small town in Crossett, Arkansas, Leigh moved to Arizona when she was sixteen when her family needed to relocate to Phoenix for work; however, Leigh’s mother refused to live in the busy city of Phoenix and settled the family in Munds Park, Arizona. While out riding ATVs one day, Leigh and a friend stumbled across the Lodge and decided to stop in for lunch. She loved the small town of Mormon Lake along with the mountain lodge feel of the lodge itself.

Leigh decided to ask if the lodge was hiring before she left and once she graduated from high school a month later, she began working as a cashier and eventually moved into the restaurant as a server and worked her way up from there. Since her start nearly ten years ago, Leigh has found a second family at Mormon Lake Lodge and even met her husband Dylan while working there as well.

When it comes to her role at Mormon Lake Lodge, her favorite thing about working there has to do with the variety of guests she gets to meet. From local to international visitors, Leigh feels that the Lodge has a “melting pot” of people and backgrounds that come to stay or visit them.

We’re Forever Proud to have Leigh as one of our most dedicated and hardworking employees. Go up to Mormon Lake Lodge for a visit and meet Leigh for yourself.