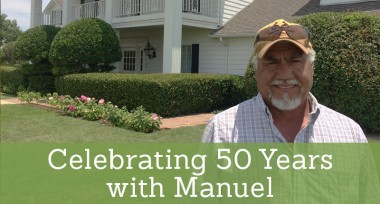 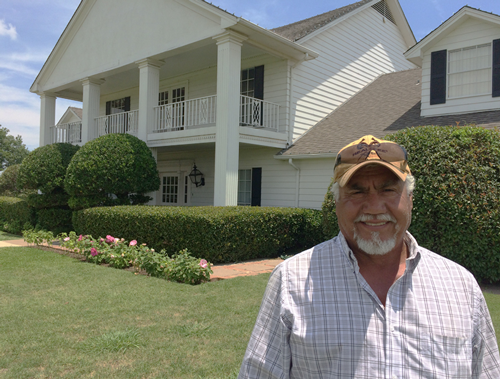 In 1966, Dallas was still just a city, the Cowboys would earn their first Eastern Conference title, and the Ewing Family had yet to be brought into TV existence. At the Southfork Ranch however, 1966 was the first year that long-time employee Manuel Rodriguez began working at the Ranch.

Despite all of the changes that have occurred at the Ranch from the launch of the TV show Dallas, to the purchase of the Ranch by Rex Maughan in 1992, to the relaunch of the TV show Dallas in 2012, Rodriguez still loves to come to work every day to manage the grounds and animals at the ranch. He says that he loves what he does and he loves the ranch and that is what keeps him coming back year after year. We can understand with the history that Rodriguez and his family have at the Ranch, along with the beautiful grounds that he works on, why it is easy to fall in love with Southfork and never want to leave.

Celebrating our employees is something we pride at Forever Resorts because without them, our company and our many locations including our lodging, marinas, and outdoor adventure locations would be nothing. This month though, we are extremely happy to celebrate Manuel Rodriguez’s 50th Anniversary of working at Southfork Ranch. From all of us at Forever Resorts, thank you for being such an incredibly hardworking employee Manuel, your loyalty and dedication is appreciated more than you know.

Learn more about Southfork Ranch on their website here.