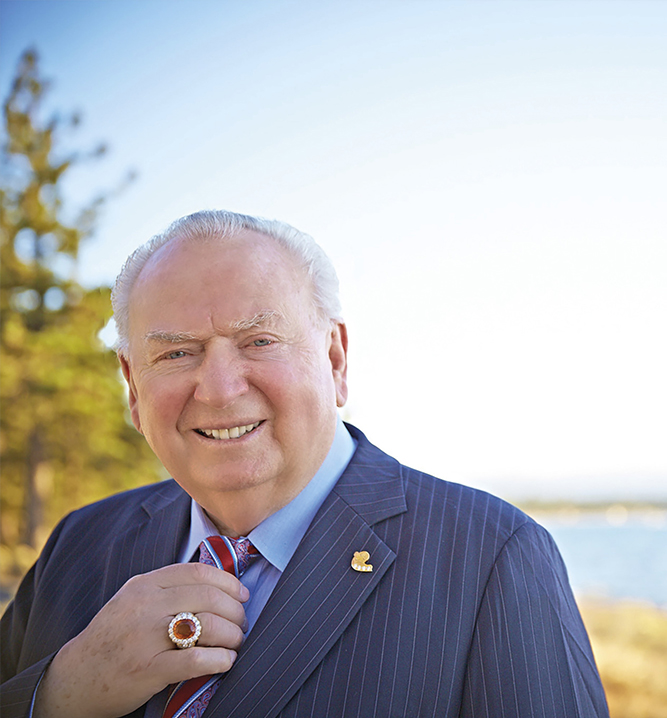 Rex Gene Maughan passed peacefully on Saturday, July 17, 2021. He was endeared and loved by his children, grand-children, great grandchildren and his beloved wife. During the past several years, he was challenged with health issues which lead to his departure from this earth life. As a family, we are grateful that he has been relieved of these circumstances and has gone to be with family and friends.

Rex was born in Logan, Utah on November 20, 1936, but grew up in Soda Springs, Idaho. His parents were farmers, so he learned early in life the value of hard work. Many skills were developed during those years which proved to be an asset throughout his life.

He was an outdoorsman so hunting, fishing and skiing came naturally to him. During his youth, he had to be imaginative to make things happen but that was not a problem for Rex and his friends. It was not uncommon for them to create a handmade ski run the morning after a good snow fall.

Rex was a true entrepreneur at heart. Even before he finished his degree at Arizona State University in 1962, he started a business marketing amusement kiddie rides. Collecting quarters from these rides didn't bother Rex, but Ruth wasn't so fond of traveling all of Arizona for a few quarters.

After college graduation, he was hired by Haskins & Sells CPA Firm (now Deloitte & Touche); after that experience he spent 13 years with the Del E. Webb Corporation where he was known as "Dew Dad" by his peers because he seemed to be everywhere. Rex even had the opportunity to work with Howard Hughes while with Del Webb.

By 1978, he decided to branch out on his own in order to fill his need to help others. The opportunity to create a new business venture came with the understanding of the health benefits of Aloe and he knew he needed to promote this product. With his love of business and love of people, he created the Forever Living company and for the past 43 years it has been his love, passion and devotion to all of the Forever Family throughout the world.

Rex lived by these two quotes of Robert Louis Stevenson: "You can give without loving, but you can never love without giving" and "The man is a success who has lived well, laughed often and loved much".

Ranching never left the heart of this man. He managed to incorporate a piece of that in his life. He was like Noah and the Ark – he wanted two of each.

Could we talk about collecting…he had more Robert Louis Stevenson collections than any library in the world. Just behind that was Mark Twain and Zane Grey.

He had a great love for the National Parks. While working with Del Webb, Rex helped them acquire multiple national park property contracts including Lake Powell. This started his lifelong passion for National Parks. He served as Chairman of the Conference of National Park Concessioners / National Park Hospitality Association for many years. He was appointed by President Ronald Reagan to serve as one of 15 members of the President's Commission on Americans Outdoors. He even assembled a world class outdoor recreation event for the 2008 Superbowl in Phoenix AZ as a part of his duties. His enthusiasm and experiences made him a leader with lasting ties to the National Park Service.

Rex loved much and the Samoan Islands certainly stood in that line. He served a mission for the Church of Jesus Christ of Latter-Day Saints from 1956 – 1959. He gained a love for the people and the country. It was his blessing to go back a number of times to assist the people there. Because of his dedication and love for the people and culture he was awarded the title of High Chief Tilafaiga which he held with much respect.

Rex was an avid BYU, BYU Hawaii, and BYU Idaho supporter. He and Ruth were big supporters of BYU broadcasting and knew that, through their support, they would be able to bring the gospel of Jesus Christ to people all over the world. This became one of Rex's biggest passions.